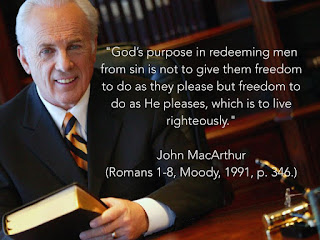 
Did you read that verse or did you just ignore it? Paul's letter to the Corinthians mentions that once they were vile sinners but now they're forgiven they're now saints. Every saint is a forgiven sinner. Once they were unrighteous but now they're given righteousness. They are given a new life. They are sanctified. The idea of a salvation that doesn't result to sanctification as much as a lie from the pits of Hell as the idea that sanctification precedes salvation.

The very statement that the Church is a hospital for sinners is misused and abused to justify any form of the heresy of Antinomianism. I believe both Roman Catholics who are very religious but keep living sinful lives or it's the easy believism camp love to use that phrase. We have priests who keep their sinful lifestyles yet no excommunication is done. We have churchgoers who live in open sin yet no real excommunication is done. What's worse is that sinful living is condoned either through confessing to a priest which they believe will absolve sins, through the doctrine of the Carnal "Christianity" and the idea of salvation by works because it makes people think they're okay as long as their good works outweighs their bad works are among a few ways that a false church is a haven for sinners.

The analogy of the Church and the hospital should even condemn the idea that the Church is not a museum of saints. An effective hospital is also a museum for successfully treated patients. Those who have recovered can write how good the hospital was. The Church's members are every forgiven sinner in Christ. Don't tell me that forgiven sinners or Christians aren't saints because the word "saint" is used 98 times in the King James Bible. Every true convert who lives for Christ is a saint according to the Bible and they are part of the Body of Christ.

The Church is a hospital for sinners in this way. It's where Christians have their fellowship and restoration when they backslide so they can continue to grow in grace. It's not the place where people can get forgiven so they can sin all over again. It functions as both as a hospital for the forgiven sinners and a museum of saints because forgiven sinners are saints. Christians are called to evangelize to the world from someone who delivers from both Hell and sin and not just Hell alone. There's no way that salvation is from the consequences of sin rather than from the power of sin itself.